This has come out of the blue !! What a marvellous boost !

Oulart Hill, the Bygone Days Story-House, Oulart the ’98 Village and its environs generally have been named as Wexford’s fifth best tourist attraction by the New York based Irishcentral.com
It is over twenty year since the Oulart ’98 Committee and the Oulart Tidy Towns Committee began to prepare for the 1798 Bicentenary, and now our village and its history are beginning to be noticed.

Oulart is now approaching critical mass in terms of what it has to offer the visitor. Its historical sites and the general appearance of the village are all now up there with the best of them and the story-telling house has added a unique dimension and further potential to the local tourist offering.

Well done, to all those who worked over the past twenty years in the Tidy Towns Committee, the ’98 Committee, Parish Committee and the GAA, and the persons on the FÁS scheme in particular. We think that this is a signal recognition of the sum of all your efforts and one which will help us to make further progress – that is how these things work. Provided we keep up the effort.

It has all come very much as a surprise. Who thought of Oulart as a tourist attraction twenty years ago. We are not there yet – but it has now been recognised that we do have potential.

Well done, to all those who have made this possible, not least those who have passed on and who worked hard for Oulart in their day. We also acknowledge the sustained help we have received from WORD, from Wexford Local Development and from Wexford Co.Council and Enniscorthy District Council – their help with the new 1916 monument – the Mise Éire Monument – has turned a pipe-dream into a reality for a small community – making for us the difference between success and failure.

Well done, to those families who made gifts of land and gave permissive entries onto land, on Oulart Hill, in the Lower Street and most recently the gift of a prime site for the Mise Éire 1916 Monument.

Irish people generally would do well to log on to Irishcentral.com It is a free site offering a regular stream of fascinating facts and stories of Ireland as seen by Irish America. The site is owned and run by the owner of the Irish Voice newspaper in new York; a man who made a signal contribution to the northern peace-process, Niall O’Dowd, brother of Fergal O’Dowd, T.D. for Louth.

We are delighted they regard us as fifth best visitor site in Co. Wexford. It’s a great boost of encouragement. 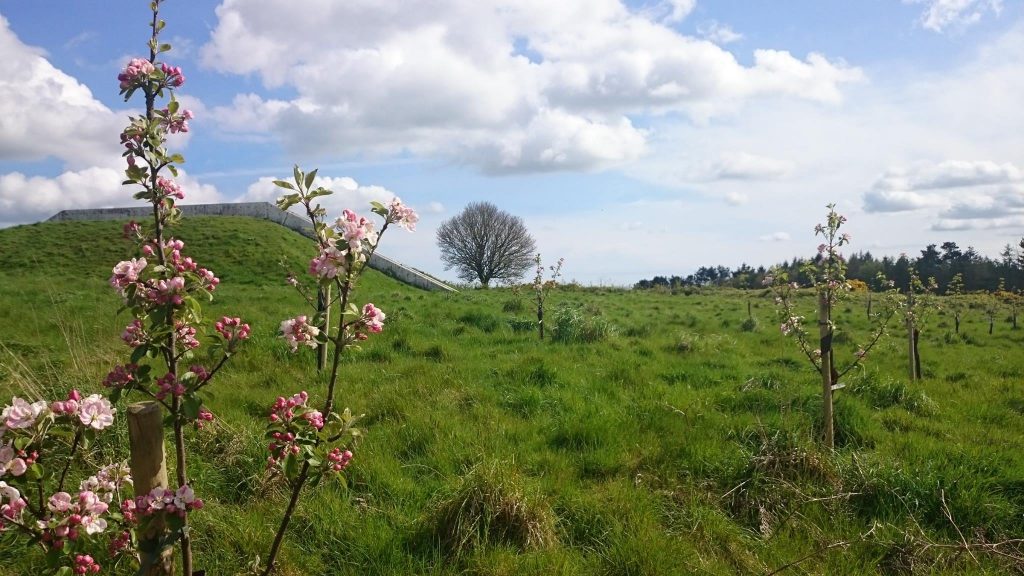