1.30 Assembly of the various marching groups at the Lower GAA Pitch

2.35  Mary Prendergast, curator of Leabhar an Abhalloirt for the past fifteen years will pass the quill to Bridget O’Toole who will continue the work. In years to come Bridget will pass it on again to her successor and so, it is hoped, it will pass down the generations recording major events in the lives of the people of Oulart

2.40  Brian Ó Cléirigh will interpret his design for Mise Éire

The Colour Party departs and the National Flag will be raised from Half-Mast.

3.30 Refreshments for all in Community Centre. 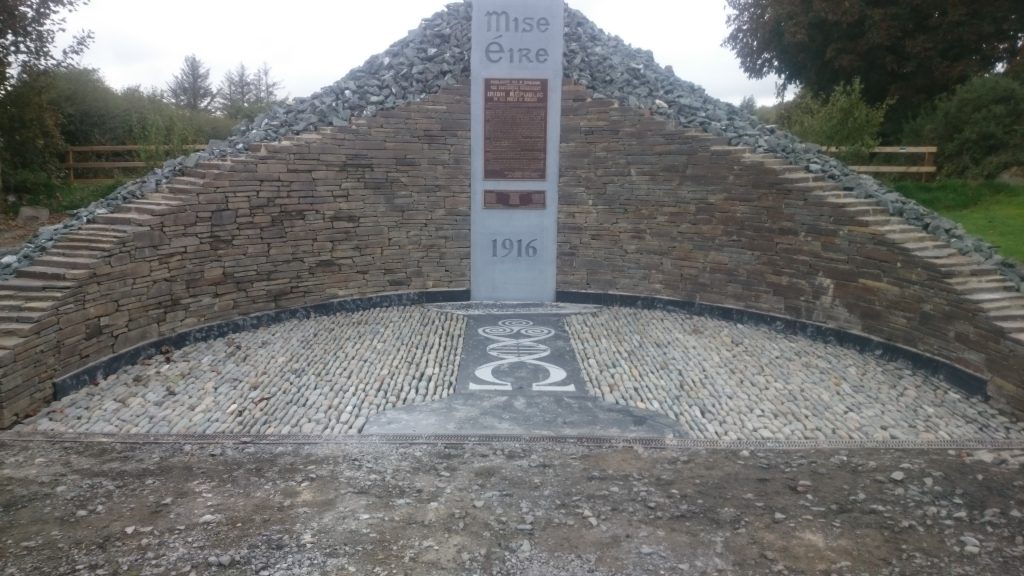